The European Council (not to be confused with the Council of the European Union) sets the EU’s broad priorities but does not have the power to adopt legislation.

Led by a president (currently the Belgian Charles Michel), the Europe Council is composed of the heads of state and government of the 27 member states, along with the President of the Commission.

The Council comes together at least once in three months, for several days.

The “ordinary legislative procedure” (or co-decision) enables these three institutions to adopt policies and legislation which will be implemented across the EU.

Simply speaking, the Commission (led by commissioners nominated by national governments) presents legislative proposals which are then adopted by the Parliament (members elected directly by universal suffrage) and the Council of the European Union. This latter institution is made up of the ministers of the governments of each member state and presided by a different member state every six months.

Once adopted, legislative acts are implemented by member states and the Commission, equally responsible for ensuring that they are applied correctly.

Principal tasks of the institutions

The Council of the European Union

Functioning of the EU

The European Union is the “economic and political association” of 27 states belonging to the European continent.

The aims of the European structure are to maintain peace, seek political unity and assure the economical and social progress of all its members. In order to implement this common ideal, a complex and unique institutional organisation was created.

The EU is not a state, but an organisation acting upon the competences it has been assigned by the member states. It is active in a wide range of areas.

Next to the national, regional and local powers thus exists a European power founded on democratic and independent institutions, mandated to intervene in several areas.

The legal structure of the European Union is based on treaties approved by the member states. The Lisbon Treaty, approved in 2009, stipulates the entirety of the EU’s competences. In 2012, the treaty on stability, coordination and governance, or “European Fiscal Compact”, was approved. In the context of financial crisis it aims at reducing debt financing of the EU member states.

Beside treaties defining the fundamental rules of EU action (constituting the “primary legislation” of the EU), there exists a “secondary legislation”. In short, it comprises all the legislative acts of the EU (directives, regulations and decisions) that ensue from the principles and aims defined in the treaties.

The Commission is charged with both elaborating and implementing legal proposals. These proposals have to be approved by: 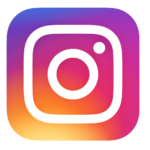